THE STORY OF SCIENCE

Odyssey is a science puzzle adventure game focused on scientific reasoning and argumentation in astronomy and mechanics from the ancient Greeks to Newton. The game blends the history of science with an immersive journey across the exotic yet dangerous Wretched Islands to rescue Kai, a 13-year old girl, and her family. While solving puzzles to navigate across the islands, you also embark on an intellectual voyage, reconstructing the creative ideas and arguments of some of the world’s greatest scientists and philosophers.

This game takes an innovative historical approach to teaching science. It asks the students to engage many of the NGSS science practices such as constructing explanations, developing and using models, and arguing from evidence. Perhaps more importantly, it illuminates how scientific reasoning has led us to build the understanding we have of the Earth’s place in the solar system. From this, a student will begin to get an appreciation of the creative achievement that science represents in an engaging and compelling manner.

The approach to science education developed in this fine and carefully executed project is both imaginative and compelling, bringing to the players of the game not only an understanding of what science has achieved, but also how it came about, the course of discovery. That is just what is needed to encourage students to become not merely observers, but also creative participants in the marvelous journey of exploration and understanding of our world.

Making Science and Math relevant to students calls for new ideas. Vivek and Omkar go back to how stuff was first discovered and put it in a video game where the players retrace this path and rediscover how the world works -- a wonderful 21st century meld of ideas.

The Odyssey game offers an important next step for science education in the information age. For most students, knowledge is at their finger tips. The need to recall information has been replaced by the need to discern between potentially opposing positions. The Odyssey game gives students a unique opportunity to learn how to engage in scientific argumentation through gameplay. This is an extraordinary first step for science education.

The premise of the game is to lead students through a learning journey which follows in the paths of the great scientists. The game has students recreate the discoveries of the past while engaging them in a current story which will fascinate and challenge them. This game helps students to see science the way they should – with inquiring minds and from various perspectives.

This game was fun because it taught me the way people thought and did science since ancient times. It was also challenging, and required deeper thinking, which was good.

Odyssey is an intriguing interactive adventure game that takes you through the history of science. An engaging plot with integrated fun puzzles encourages you to learn about science through your own discoveries. The game graphics are realistic and dynamic, creating a full immersive gaming experience.

As a homeschooling parent and educator, I organized the class that Omkar and Vivek taught based on their game “Odyssey”. This class was college-level style but taught in an approachable and thoughtful way. In fact, whenever the students encountered a difficult concept, they were able to add a component to the video game that helped them visualize it, giving our students the best possible way to comprehend the some of the difficult but magnificent ideas in the story of science. Odyssey comes from two brilliant educators and was one of the best learning experiences for our students!!

An immersive environment for exploration with a mystery-adventure story and science-based puzzles.

Plenty of scientific models within the game environment for investigation and conducting your own experiments.

A journal that reads like a mystery novel, while providing insight into the history of astronomy and mechanics from the ancient Greeks to Newton, and clues for solving the puzzles.

Chapter 1 covers the origins of science, and the shift from the flat earth of the Pre-socratics to the spherical earth and physics of Aristotle.

Chapter 3 covers the tussle between Galileo and the followers of Aristotle on free fall motion.

Odyssey covers Chapters 1-3. We plan to continue the story in a sequel, which would cover the following chapters:

Chapter 6 would complete the birth of a new physics with the construction of the three Laws of Motion and Universal Gravitation by Newton.

To get exciting updates about the sequel game and bonus content! 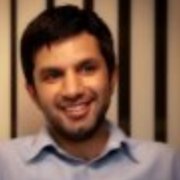 An avid explorer of both great places and great ideas, Vivek is someone who likes to plunge into the depths of questions that pique his interest. After being freed from the drudgery of exams (he did very well in them!) that chased him till he was in graduate school, he re-discovered his love for science and mathematics by looking at the origin and development of big ideas in history. Dabbling with various ideas to bring this narrative of science to children, he found that the active and immersive world of 3D gaming provided the best answer and that led to the creation of “Odyssey”. Previously, Vivek worked on machine learning at Facebook and did his PhD at Georgia Tech also collecting his potpourri of masters in mathematics, aerospace and computer engineering on the way. 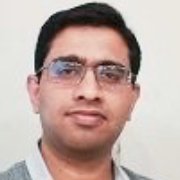 An engineer by education, a science buff by hobby, a father of two kids at home, and an aspiring philosopher by heart, Omkar had a childhood fascination for Enid Blyton adventures and exploration-based puzzle games (apart from birdwatching). Upon discovering that science becomes infinitely more interesting when learnt through its history, he embarked on creating a game that teaches science the way he wishes he had been taught, and also satisfies his childhood fantasies (and hopefully those of children around the world). In his past life, Omkar graduated with a Ph.D in Computer Science from Stanford after doing research into human evolutionary genetics and cultural anthropology, and worked as a Principal Engineer at WalmartLabs (formerly Kosmix). 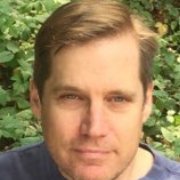 Eric has worked in the interactive entertainment industry for over 25 years as a creative director, game designer, writer, and usually combinations of all three. He received BAFTA and WGA nominations for his writing in the video games Tomb Raider: Legend and Tomb Raider: Underworld. He also writes Young Adult novels, including Not If I See You First and the upcoming A Tragic Kind of Wonderful. Along the way he has earned a Mechanical Engineering degree from UC Berkeley, a Multiple Subject Teaching Credential from San Francisco State University, and raised his children on the coast. He is currently working on his third novel while consulting and writing part-time for “Odyssey”. 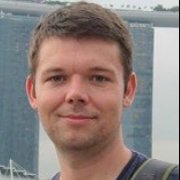 Jason has over a decade of experience with making games from consoles to mobile. Shipped titles for publishers Nintendo, LucasArts, Disney & Activision, and has worked in a variety of roles such as 3D Artist, Lead Technical Artist and Programmer. Enthusiastic about all types of games, and mastering the pursuit of making games fun and making them look good! Jason joined the project early on, delighted to work on an adventure/puzzle game that is inspired by science and push the boundaries of educational games.